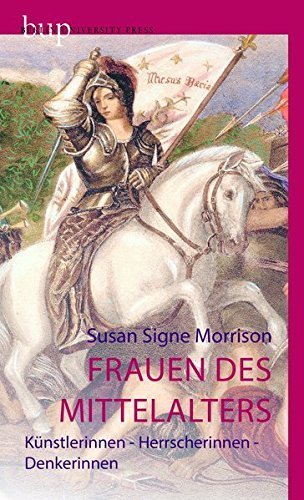 You can read more about purchasing the book in German.
I was a German major in college and lived in Munich, Berlin, and the Black Forest. I also taught in East Germany in the 1980s. So it is especially exciting for me to announce that A Medieval Woman's Companion is now published in German as Frauen des Mittelalters: Künstlerinnen – Herrscherinnen – Denkerinnen by Verlagshaus Römerweg (Imprint: Berlin University Press, 2017)!