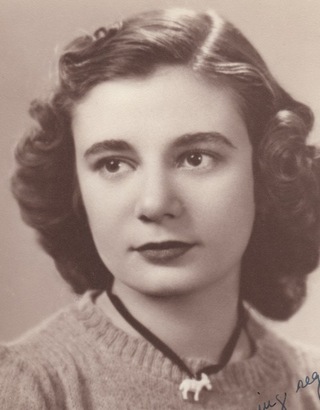 Joan at age 17 when she was keeping her diary.
I’m delighted to announce that Home Front Girl: A Diary of Love, Literature, and Growing Up in Wartime America has just been released as a paperback. My mother would be thrilled to know how many people have been touched by–and learned from–her diary entries as a teenager from 1937-43. As a historian herself, Joan was committed to recording the voices of those who made history. Not the politicians or generals, but everyday folks like herself. Kirkus called it “better than fiction.” Joan’s true story spoken from the heart conjures up a world of delicate, touching and–often–humorous reflection on what it means to be human.
Be the first to comment