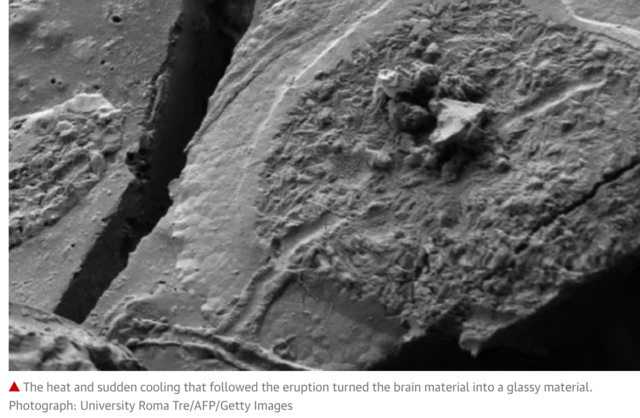 A recent article reveals how the brain cells of a victim in Pompeii of the eruption of Vesuvius in A.D. 79 were found intact. The devastation of that cataclysmic event impressed my mother, Joan, a historian and poet. At age seventeen Joan wrote a poem reflecting on the every day lives of those living in that now-famed, even infamous, Italian city. What caused her grief was the mundane nature of normal people whose lives were destroyed so suddenly. This poem and others can be found in Another Troy, her recently published volume of verse. Here is a section of the poem, A.D 79.

....A girl ran through the street, her cape flapping, scared.

A noise of query rose, then fright and then despair,

A mad race for the sea now black with wind,

Then captured by the ashes of hot death

And all the businessmen and little boys were dead.

I can stand the broken gods of Troy all lost

Or all the empty temples by the sea of Greece

Poets and the philosophers of ancient worlds all dead—

But not the loaves of bread at Pompeii